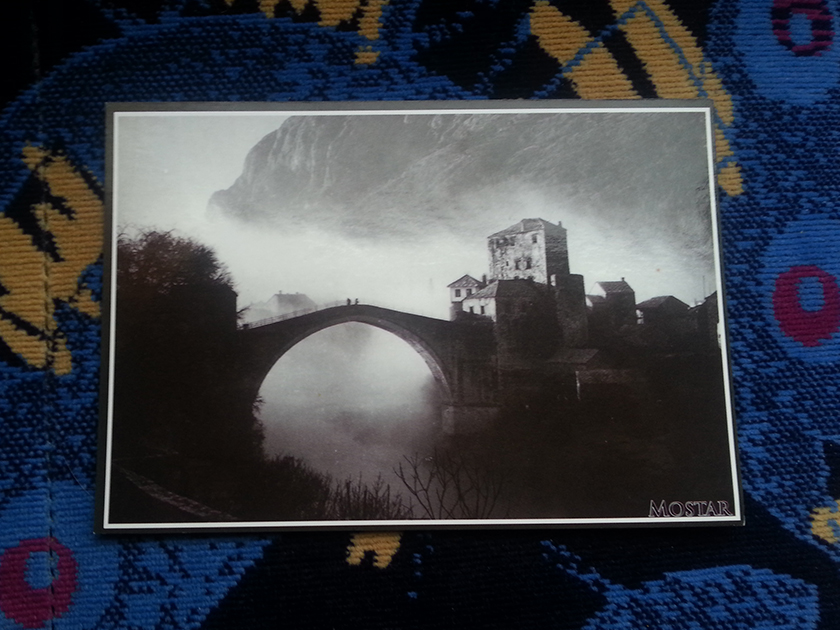 Bought in Mostar, Bosnia. The old Stari Most bridge stood for 427 years, until it was destroyed in 1993 during the war in Bosnia. International efforts funded its reconstruction and the bridge was reopened in 2004. 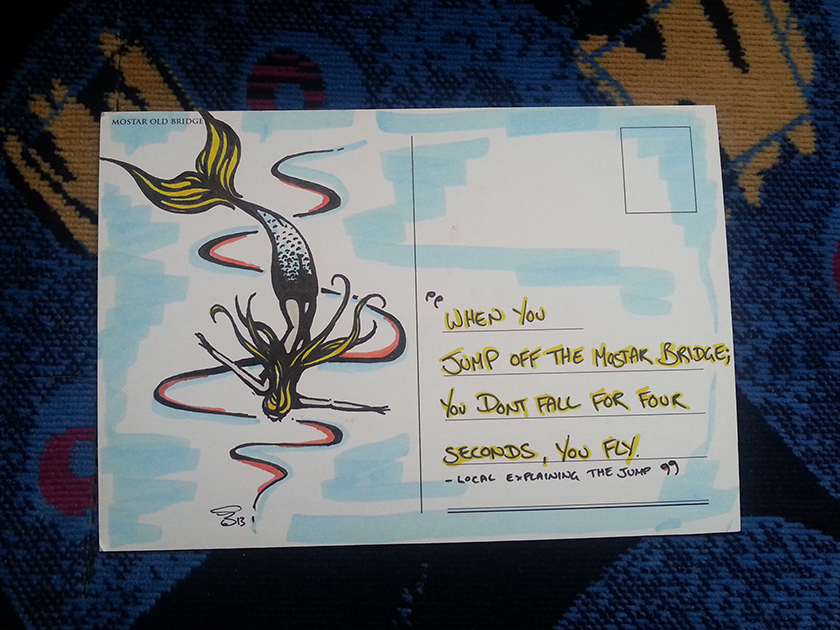 Just before his dive, a Mostar local explains what its like to jump 21 metres into the river below. What a bloke.

Drawn on the bus from Mostar to Sarajevo, Bosnia.